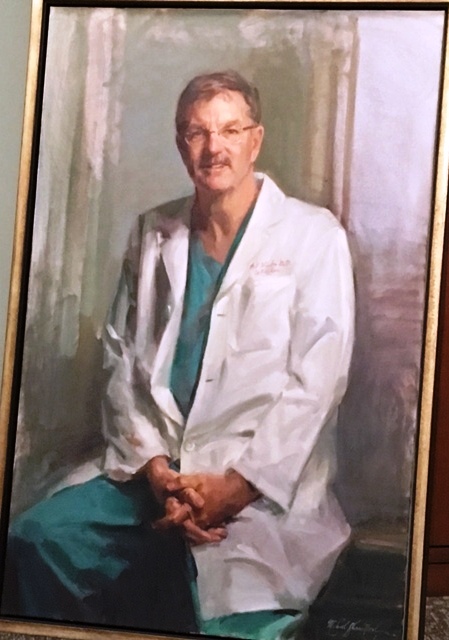 It is with the heaviest of hearts and deepest sorrow that the PETAL Network notes the passing of Arthur “Art” P. Wheeler on December 17th, 2015. Art passed away peacefully with his beloved Lisa by his side.

Even in the face of this overwhelming adversity in recent months he continued to do what he did best — care for others and teach at every opportunity. He gave a series of conferences for medical students and residents that he called “Talking with a Dying Doctor”. Just over three weeks ago, Art delivered the Presidential Honor Lecture at the annual meeting of the American College of Chest Physicians in Montreal. One colleague observed, “His last few weeks have been some of the most amazing I have seen and he has demonstrated class, grace, courage and dignity even in the face of the most extreme circumstances. I have learned so much from him, and that continued to be true for the last few weeks.”

A forum for PETAL network members only has been created for all to share their memories and thoughts of Art.

As the director of the medical ICU at Vanderbilt for the past 22 years, Art Wheeler created an atmosphere of professionalism where there was and continues to be equal respect for all who play a role in the support and care of patients. He was on a first name basis with everyone: the care partners, medical receptionists, environmental services, nurses, respiratory therapists and physicians. He knew their work and he knew their stories. He would hang out in the MICU at all hours of the day and night. No task was too small — turning patients, delivering medications, and providing directions to visitors.

Art literally wrote THE BOOK on critical care. He authored 4 editions of the textbook Critical Care Medicine, a bible for critical care practitioners, especially those early in training. He was widely known throughout the medical center as one of the best teachers and he won every teaching award available. Residents would routinely try to trade their rotation months to be on service with Art. He taught anybody, at any time, about anything, and he did it better than anybody else.

Art was an innovator in a multitude of ways. He designed and developed a brand new nurse practitioner program at Vanderbilt with 24×7 coverage for nearly a third of all MICU patients. These practitioners worked hand-in-hand with the standard housestaff covered teams. This program has become legendary in critical care circles around the country and now serves as the national model.

Art constantly advocated for changes that improved patient care or the work of the MICU, while vehemently resisting change that did neither. He didn’t make a move unless he had evidence to support it. And, if there wasn’t any, he generated it — he was a one-man learning healthcare system.

Art was an integral part of the NIH ARDS Clinical Trials Network (ARDSnet) for 20 years and became part of the follow-on PETAL network. He led or had a major role in studies that have shaped current ICU practices around the world, including current mechanical ventilation and fluid management approaches for patients with ARDS. His work questioned the value of the routine use of pulmonary artery catheters and routine chlorhexidine bathing to reduce infection rates and his studies have has been published in the New England Journal of Medicine and Journal of the American Medical Association.

Finally, Art Wheeler was the doctor’s doctor; they just didn’t make them any better. Critically ill patients do not usually have a chance to choose their physicians. But when they were admitted to the Vanderbilt ICU and their families were anxious about this new physician they had never met, they were routinely comforted by a bedside nurse who would take them aside and whisper: “don’t worry, you got the best.”

Art will be long remembered by so many. His clinical expertise, innovative thinking, and engaging personality will be missed, but not forgotten.

His obituary can be found in the Tennessean.

(a printable pdf version of this tribute)